Residents Return to Mud and Varying Degrees of Damage

The repopulation of Montecito over the past week has been a mass movement of fits and starts, challenged by congested roadways and the slow but steady reactivation of storm-damaged utility systems ​— ​the water, power, heat, cable, and Wi-Fi all too easily taken for granted during life before the worst natural disaster in Santa Barbara history.

Since evacuation orders were lifted across most of the 93108 zip code at noon on January 25, thousands of residents displaced by the flooding and mudslides of January 9 ​— ​and thousands more ordered out a few days later, for fear that lingerers would impede ongoing search-and-rescue efforts ​— ​have returned to their homes. Many were among the most fortunate, inconvenienced only by backed-up freeway off-ramps and adjacent surface streets, returning home to find SoCal Gas crews ready to turn on meters and relight pilots on natural gas appliances. Others had nothing to go home to, except perhaps a concrete slab where the family home once stood. Most returnees fell somewhere between those extremes.

“The damage is mostly just outside,” said homeowner Jim Dunn, who lives with his wife in the Oaks, a hard-hit neighborhood northeast of the intersection of Coast Village and Olive Mill roads. “Mud flooded the yard and seeped inside through the doggy door.” Since being allow to return home ​— ​and still without any utilities, as of Tuesday afternoon ​— ​the Dunns have been “digging the mud away from the [exterior] walls,” he said, “hopefully to prevent mold.” He paused to point at deep tracks in the mud field across his backyard. “See all the footsteps? That’s from [first responders] looking for survivors and missing people.”

Across the street, a dust-masked woman named Kathy, who didn’t want her last name published, said her home had been yellow-tagged, which means enter with caution. “We don’t know if we have any mold yet,” she said, explaining that the crawlspace under her home had filled up with mud. She and her husband said they didn’t want to move back in until it had been checked out. “The gas and water are turned on,” she said. “We’re still waiting for electricity.” She picked up muddy trash and small branches and threw them into a nearby roll-off trash container.

Late last week, a crew of volunteers with the Santa Barbara Bucket Brigade spent four hours digging out her husband’s car, which had been swept out of the driveway. “It started,” she said, “and we took it to the car wash.” They spent $50 in quarters to pressure-wash it, she added.

Down the street, another crew of volunteers ​— ​two with the Bucket Brigade and two with Upper Ojai Relief ​— ​slogged with shovels through a two-car garage still oozing with foul-smelling black mud. “The thing I’ve learned from this is that everybody should be digging,” said brigade volunteer Josiah Hamilton. “You have to experience this [stuff] to understand what happened. This cleanup is going to take years.”

While the garage and yards clearly painted a picture of the disaster’s impact, the inside of the home “is pristine,” said owner Bob Latham. “We could have a dinner party tonight. We were very, very lucky.” He’s said not sure when his utilities will be restored.

Latham can, however, take comfort in the fact he won’t receive a water bill for the month of January. That topic was up for discussion Tuesday morning at the Montecito Water District’s Board of Directors meeting. While the vast majority of Water District customers were not home to use water, the district’s standard service charge helps keep the system in proper working order, which was especially important in the middle of December as thousands of firefighters tapped into district hydrants while the Thomas Fire bore down on Montecito. The board also acknowledged that customers may have unknowingly suffered water-line breaks on their property during the flooding of January 9; they ought not to be punished with exorbitant charges when billing commences in late February or early March. The five-member board decided to let district staff prorate for down days and come up with fair accounting as meters go back online.

Of the 4,600 water meters in the district, 290 ​— ​all residential ​— ​have been shut down indefinitely. General Manager Nick Turner also detailed upward of $3 million in damages district-wide, including 15 major pipeline breaks, 25 sheared hydrants, and a destroyed caretaker home and outbuilding at Jameson Lake, among other topics sure to surface as the district sits down with Federal Emergency Management Agency and California Office of Emergency Services disaster reimbursement representatives next week. “Nearly all utilities were lost throughout Montecito,” he said. “It’s been an unprecedented task of taking an entire water system that’s been damaged and bringing it all back online.”

On Tuesday, Turner said he was hoping to tell district customers by the end of this week that they would no longer need to boil water before consumption. 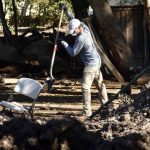 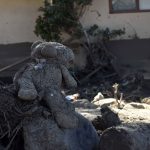