At a Town Hall meeting on February 8th, some residents were concerned about obtaining quick and complete insurance coverage after the flooding and debris flows that followed the Thomas Fire.

Based on preliminary information evaluated by the Department, there is a substantial basis to indicate that the Thomas fire was the efficient proximate cause of the flooding, mudflow, debris flow, mudslide, landslide, and other similar events in Santa Barbara County following the Thomas Fire. If it is established that the Thomas fire or another peril covered by the applicable policy was the efficient proximate cause of the damage resulting from these mudslides and other similar events in Santa Barbara following the fire, such damage is covered by the policy regardless of any exclusion in the applicable policy. Once the insured shows that an event falls within the scope of basic coverage under the applicable policy, the burden is on the insurer to prove a claim is specifically excluded. (Underlining added.)

Also, the attached documents are public records that may help people who are seeking insurance payments after that damage:

Insurance Commissioner Jones is encouraging residents and business owners in Santa Barbara County affected by the mudslides, to file a claim with their insurance company. If consumers have issues navigating the claims process, or they think their claim was wrongfully denied they should contact the Department of Insurance at 800-927-4357 or online at www.insurance.ca.gov for assistance.

This memorandum also will be posted on the County’s website, so that these documents will be easily available to residents who are pursing insurance claims. 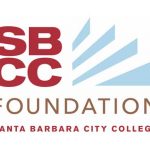 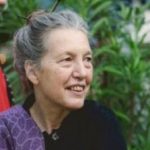