On May 15th the County Board of Supervisors will soon face its most important decision about Montecito since the mobilization of emergency personnel on 1/9. If no ordinance change is made, residents who have lost their home will be forced to go through the normal time consuming land-use process, which includes the ability of neighbors to appeal the rebuild and, ultimately, would give the County the ability to deny the rebuild.

I have spent three decades fighting for good planning principles, but subjecting people who have lost their homes to our normal process just isn’t right. I’d even call it cruel. The normal process would take 2 years or more if there were appeals and, as many in the community have experience with, it can take much longer.

This is crucial. Most of the residents that have lost their homes will run out of insurance money in less than two years. Any process that pushes the timeline past the expiration of insurance will mean residents are financially forced out of the community. That is not the way we should treat people whose homes have been destroyed.

Since I served on the SB City Council before, during, and after the Tea Fire, I saw how this “like for like” saved people from selling out and leaving town. The process saved people like Christie Powell, mother of Abe Powell. She and hundreds of others would have been lost to our community had we not made this allowance.

The process we are proposing allows the homeowner to move away from the creek and, because of this and the fact there is mud that remains on site, the homes will be more visible. I understand the discomfort that some have about that in the community. Aesthetics are very important in our community. However, safety and the continued economic survival of what is left of Montecito’s middle class (hard hit in the Olive Mill area) should matter more than the possibility that buildings will be the same size but a few feet higher.

If we subject people who need to move their homes for safety to a discretionary process, they will likely either a) determine they cannot afford that process and leave, as I’ve covered, or b) decide to go ahead and build a larger home since they have to go through an essentially similar process regardless. If our goal is to prevent the McMansionzation of our community, as some of the opponents of the ordinance have attested, than we should actually adopt the ordinance.

I appreciate the effort by some to create some sort of compromise between the normal process and the “like for like” we have proposed. Any acceptable compromise has to promote people rebuilding on a more resilient site on the parcel than that which was just destroyed. Ultimately, their ideas can be integrated in the final ordinance. Specifically, I propose that a member of the MBAR sit with the Planning Director to ensure that the rebuild is similar in size, scale and design.

I hope you will join us in supporting those who lost their homes and support this ordinance on May 15th. 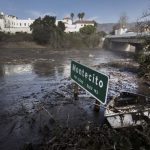 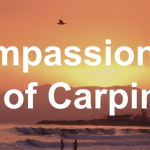