Today at the Montecito Planning Commission, staff unveiled the new Planning & Development Interactive Map for the Thomas Fire/2018 Storm Event. It’s a really excellent resource if you and anyone you know has damage to their home. On the map, you can find the status of your home (will be updated as that status changes), and if you click on the dot representing your home, you will find permit history, maps, and case manager contact info.
The map can be found at https://sbcopad.maps.arcgis.com/apps/webappviewer/index.html?id=c1df066590034bfc83f6b1d3d0ea94bf

Surveying is currently being done to reestablish parcel lines, which is a critical part of the rebuilding process. Also, data has been collected via LIDAR (Light Detection and Ranging) regarding topographical changes. That information is being compiled and organized. That data taken with the FEMA hazard mitigation plan will determine where folks will be permitted to rebuild. The whole process is expected to take about two more months.

That information is critical to the larger scale community rebuilding efforts and the County is has also been undergoing efforts to bring a facilitator on board to guide the process. That is coming close to being complete and a leadership committee meeting will be planned for all those who signed up to be “leaders.”

The stakeholder process is meant to advise Montecito’s decision makers (as defined below) on various ideas that have come from the community, within the framework of the Montecito Community Plan and Architectural Guidelines, and discuss how to implement these ideas and determine the timeline for doing so.

On January 26th, Supervisor Williams organized a community meeting to unveil the stakeholder process, which included a survey to allow individuals to submit their ideas to the process and sign up for roles within the process. These roles included:

There will be regular reports out to decision-making bodies (identified above), and to those who signed up to be “Partners” and “Followers.”

Surveys were collected until Monday, February 12th. In total, 386 survey responses were received, including 298 residents. Of those 386 respondents, 129 individuals signed up to be “leaders.” Of those 129 individuals, 96 identify themselves as residents of Montecito.

That is a large group of a leadership committee. The group will need to be broken down into interest subcommittees and residents versus non-resident advisory.

We are also actively working on getting a facilitator for the group. Once that is solidified the committee meetings will begin.

In addition to having people sign up to participate in the process, the main goal of the survey was to collect ideas and be able to quantify them in some way. The question asked on the survey was open ended and we got a variety of answers. Supervisor Williams’s office combed through the survey looking for trends and created charts to visualize some of the most frequent mentioned ideas.

The top three suggestions made in the survey were for bike and pedestrian access improvements (128 responses), a memorial park (78 responses), and undergrounding utilities (71 responses). Other things that came up frequently were: developing community leaders, an updated flood evacuation plan, updated emergency alert system, protecting the feel of Montecito, trail system restoration, community space and support, environmentally conscious rebuilding, and expediting the permitting process. Below is a bar graph of responses: 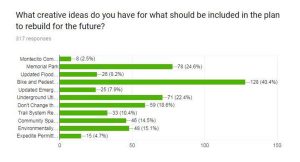 Again, this is not representative of all responses received but merely intended to give a snapshot of the most frequent responses to help guide the overall community process.

Lastly, the survey asked about which stakeholders should be included in the process. Again, this was an open-ended question and options were not given to survey respondents but there were options included repeatedly. 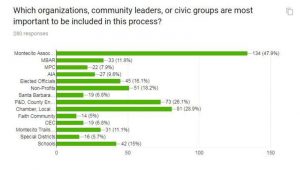 It will also include a minority of members of decision-making bodies to comply with the Brown Act. Decision making bodies are being asked to appoint representatives to the process. Aside from Supervisor Williams, these members are not only decision makers in Montecito but residents as well and as such, will be wearing two hats in the meeting and this will require a delicate balance.

At the first meeting, we will discuss the survey results as identified above and determine priorities and process, including splitting up into subcommittees. Smaller groups will then continue meeting and will have regular reports out to the decision making bodies and those who signed up to be “partners” and “followers.” 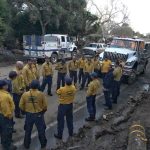 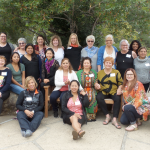