As Montecito continues the slow and difficult process of recovering and healing from the deadly flash flooding, mud and debris flows that devastated the area nearly a month ago, there are some questions weighing heavily on many residents’ minds:

» How worried should we be about the next big storm?

» Could there be a recurrence of the massive rain-induced mud and debris flows that claimed 23 lives, injured more than two dozen people, destroyed and damaged hundreds of homes, and shattered the usually peaceful vibe of bucolic Montecito?

» Will residents be forced to evacuate again? If so, how often and for how long?

The answers to these questions are sobering and cause for concern, if not alarm.

“Unfortunately, the risk will be greater than it was before the storm,” Rob Lewin, director of Santa Barbara County’s Office of Emergency Management, told Noozhawk in a recent interview.

“The drainages are still chock-full of debris and rocks. The debris basins that protect us are full and can’t take any more. Creek channels have been disrupted and they have choke points.”

It will take less rainfall than the intense downfall that triggered the Jan. 9 disaster to cause significant problems in Montecito, he said.

“The community is going to need to be in a state of ‘storm readiness’ over the next few years,” Lewin said. “It’s going to take that long for this to heal. Until then, we have a threat.”

Tom Fayram, Santa Barbara County’s deputy public works director and head of its Water Resources Division, echoes Lewin’s assessment, and points out that the danger will not diminish anytime soon.

There’s a real flood risk that will be here for a few years,” Fayram told Noozhawk. “It’s worse right now because of the state of those creek channels. There’s still hundreds of thousands of cubic yards of stuff in there that could be taken out …

“Moving forward, the hillsides are still going to be basically bare for several years … I always use ‘as short as three years and as long as five years’ as a time frame. The elevated flood risk is still there.”

Both Lewin and Fayram point out that crucial to reducing the danger from future storms is clearing out the county’s 13 debris basins, which straddle the creeks in the foothills from Santa Barbara through Montecito and Summerland to Carpinteria.

These man-made structures — small dams placed across the creeks in the wake of flooding following the 65,339-acre Coyote Fire in 1964 — provide a critical line of defense against storm runoff, mud and debris flows.

They worked largely as designed during the Jan. 9 downpour, but were no match for the volume of material ripped out of the mountains by an intense burst of rainfall — more than a half-inch of rain fell in five minutes, and almost an inch came down in 15 minutes.

All of the basins were quickly filled to capacity with mud, boulders, trees and other debris, and there was nowhere for the remainder of the damaging flows to go but downhill into the neighborhoods below.

Most susceptible were the homes and people living along and near Cold Spring, Hot Springs, Montecito, San Ysidro and Romero creeks.

ince shortly after that fateful day, a huge crew led by the U.S. Army Corp of Engineers has been working around the clock to empty out the basins in anticipation of the next big rain.

It’s a daunting task, and the volume of material that must be moved is hard to comprehend until you are standing on the edge of one of the basins.

Much like a line of ants, fleets of dump trucks and semi tractor-trailers form a constant procession near each debris dam, where they are quickly filled and then depart to disposal sites. Scroll down the page for video of debris basin cleanup.

t’s slow work, and despite what Fayram calls “steady progress,” only 38 percent of the material in the basins had been removed as of Friday.

That figure is somewhat misleading, because nearly a third of the material was in the giant Santa Monica Debris Basin above Carpinteria, which benefits from a high-capacity, concrete-lined channel downstream.

Those that have not been cleared will be of limited use in the event of another big storm.

Of equal if not greater concern to Fayram is the fact that the stream courses in the area — especially Montecito, San Ysidro and Romero creeks — are still mostly clogged with boulders, mud and debris.

“Looking at the channels downstream and the reduced capacity now, the creek can’t take water flow,” Fayram said. “Whereas before that, if we had water flow, it would take it. Now it can’t. So it’s worse than before that (the big storm) from that aspect.

“The risk is if we get a couple-inch rainfall, the water that will come off the hillsides will be there, and so we could have flooding outside of the creek banks again.

“And there’s so much debris lying out there — on the side of the road, on people’s property — that if the creek flows break out of the banks, then they could mobilize some of that sediment and put it back on the roadway. We’re worried about it going back on Highway 101.”

It’s important to note that Santa Barbara County gets the majority of its precipitation during the winter rainy season, which typically stretches from late October through April. The wettest months, historically, are January and February, followed by March.

That means that, despite long-range forecasts calling for a drier La Niña winter this year, there is a very real chance of heavy rainfall over the next two to three months. The odds almost require it.

Experts say it usually takes three to five years before a watershed ravaged by a wildfire recovers enough to reduce the risk of flooding during heavy rainfall, although the danger should decline each year as chaparral, with its tenacious root systems, slowly regenerate.

Based in part on that information, Lewin said, officials expect to release updated information and interactive maps this coming week outlining the risks faced by residents in Montecito and other areas. 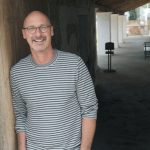 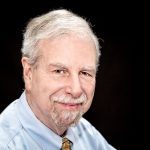 A Letter from Joseph CambrayBlog